A seven-minute video released by Animals Australia shows Australian cattle being abused in Gaza. The graphic footage from October this year shows a man armed with a rifle knee-capping an Australian bull. Other bulls are seen being stabbed in the eye or having their throats cut open on the streets of Gaza.

Livestock Shipping Services (LSS) has admitted that the cattle in the footage may have been part of its shipments to Israel. The company has since launched an internal inquiry and voluntarily suspended exports to its Gaza supply chain facility. Preliminary findings from LSS’ investigations are expected to be handed to the Department of Agriculture, Forestry and Fisheries (DAFF) in the next few days.

Animals Australia has sent the video footage to all federal MPs and called for the live export trade to cease. The group also called for LSS’ export licence to be suspended. Read more here. 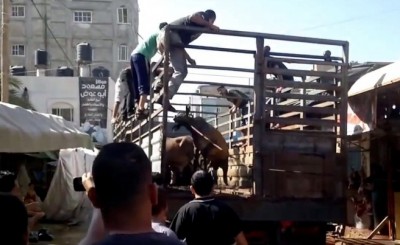