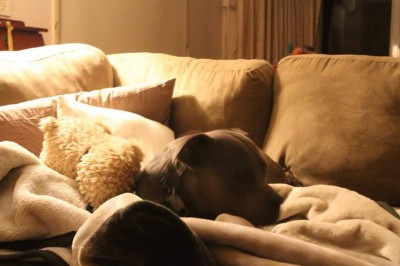 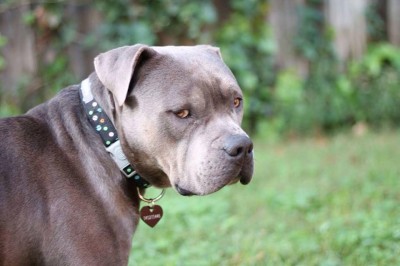 On 13 April 2016 the Panel was contacted regarding Butch, a 5 year old male Staffordshire Bull Terrier held at Hawkesbury Pound who was due to be put down that day. He had failed a temperament assessment test conducted at the Pound. The assessor found him to be friendly with people but highly dog reactive. As a result he was deemed unsuitable for rehoming.

Panel Chair, Joana Fuller, immediately contacted Hawkesbury Council and obtained a stay of execution. On 4 May, following lengthy negotiations, Hawkesbury Council agreed to release Butch into the care of Unforgettable Creatures in Victoria where he could receive appropriate training and rehabilitation in a foster care environment. On 20 May 2016 Butch arrived safely in Melbourne. He is currently in foster care and now goes by the name of Kevin. His foster carers love him very much.

The Panel extends its grateful thanks to volunteer Elaine Burn who worked tirelessly to save Butch, to Unforgettable Creatures for taking him into their care and to Hawkesbury Council officers Kellie Colley and Robert Smith, who were prepared to give Butch a second chance.