In 2010 the Panel raised its detailed concerns over an extended period with the ACCC over marketing claims by poultry producers that their meat chickens had been ‘free to roam’ in large sheds. The ACCC subsequently initiated proceedings against Turi Foods, Baiada (owner of Steggles and Lilydale Free Range Chickens), Barrter and the Australian Chicken Meat Federation. Tracey J of the Federal Court of Australia today delivered judgment at 4:15pm, finding that Baiada, Barrter and the Australian Chicken Meat Federation had mislead consumers by use of the term ‘free to roam’ in marketing, advertising and online publication. The Court noted in respect of a view of several sheds in Griffith that, upon entering the sheds there was a wall-to-wall sea of birds, and that very little floor surface could be seen. The Court found that there was a fairly constant density of 17.4 – 19.16 chickens per square metre between days 12 – 33; and that the animals were not free to roam prior to thinning out on day 42.

Here is the link to the interview with our Chair, Graeme McEwen, on this evening’s ABC Radio current affairs program, “PM”: http://www.abc.net.au/pm/content/2013/s3798546.htm 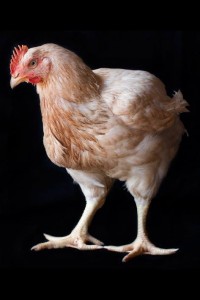