The Victorian duck shooting season commences this weekend, Saturday 21 March 2015.  Most shooting is carried out on the opening weekend.  South Australia, the only other state that permits duck shooting, commenced its season in February.

Studies estimate that up to one third of birds hunted by shotgun are wounded rather than killed, resulting in a lingering and painful death.

A large majority of Victorians (75%) think that the shooting of native water birds for recreational purposes should be banned in Victoria (Roy Morgan Research, Finding No. 4239 – November 12, 2007).  Laurie Levy and the team at The Coalition Against Duck Shooting will return to the wetlands with rescue teams and mobile veterinary clinics this weekend (and each weekend of the shooting season).  If you wish to be involved with the rescue efforts, please see http://www.duck.org.au/join-rescue-team or contact Laurie on 0418 392 826.

Please help to get duck shooting BANNED in Victoria by signing this petition: http://bit.ly/BanDuckShooting. 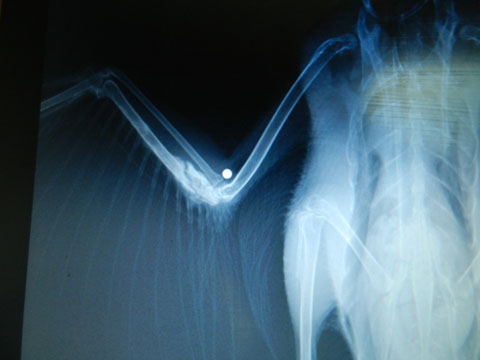 Photo: X-ray showing single pellet lodged near the wing bone. The bird was operated on and was doing well, but sadly, developed an infection and died. 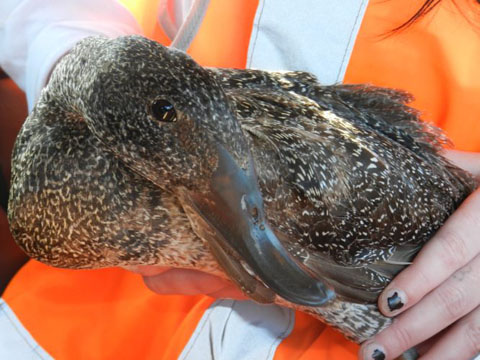 Photo: An illegally shot and wounded Freckled Duck in the caring hands of a veterinarian (2013).

Photos courtesy of the Coalition Against Duck Shooting.