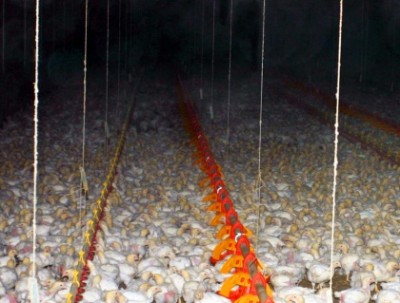 In Australia in 2007, the ACT became the first Australian jurisdiction to act to phase out battery hen eggs (see the attachments below). In addition, on 18 November 2010, supermarket chain Coles flagged the phase-out of the sale of eggs produced by caged chickens over the next two years, by cutting its store brand free range egg prices by 18 per cent to persuade customers to switch from caged eggs. Coles has also announced it will phase out its own brand of caged eggs by 2013 (click here to read more).Surveys by Coles showed 95 per cent of its customers would switch to free range if the price were lower.In May 2012 Tasmania flagged that it would ban battery hen production (and to become the first Australian State to do so) and would fast-track the phasing out of pigs in sow stalls during 2014-2017 (click here to read more). Tasmania has since backtracked on the phasing out of sow stalls, adopting a permissible 10 day period in sow stalls due to industry pressure rather than an outright ban: http://www.abc.net.au/news/2013-08-05/minister-accused-of-backflip-on-sow-stall-ban/4864564

In the United States and Canada, each country’s largest pork producer flagged in 2007 that it would phase out sow gestation stalls in acknowledgement of public opinion and consumer sentiment. Thereafter this phase out appeared not to have been acted upon, perhaps due to the arrival of the Global Financial Crisis in September 2008. However, Smithfield Foods of the USA renewed in August 2013 its commitment to a phase out of sow stalls. Smithfield Foods is the worlds largest pig producer and the pork supplier to McDonalds. Sow stalls were phased out in the United Kingdom in 1999 pursuant to a legislative enactment of the UK parliament in 1991.

Further, in Australia, the supermarket chain Coles announced in July 2010 that it will impose a ban from 2014 on pig meat that is bred using the controversial “shopping trolley-sized” steel pens in which sows are confined for their 16 week pregnancies.At the Australian Pork Limited annual general meeting on 17 November 2010, producers voted for the voluntary phasing out of sow stalls by 2017 (click here to read more).

Turning to the European Union, in respect of Directive 2008/120/EC requiring that sows are kept in groups during part of their pregnancy, 13 Member States are now fully compliant – Austria, Bulgaria, Czech Republic, Estonia, Lithuania, Luxembourg, Latvia, Malta, Romania, Slovakia, Spain, Sweden and the UK. Infringement procedures are still going on against nine Member States, while the six remaining countries are under investigation.

As to meat chickens, 551M meatchickens are produced each year in Australia. Click here to go to the Panel report on the ACCC ‘free to roam’ case, which was initiated following concerns raised by the Panel over an extended period with the ACCC in 2010.

Browse the articles below relating to intensive livestock production: