The Grand National was tinged with sadness today as a six-year-old horse died after falling at one of the hurdles.

The novice hurdler, Seedling, died instantly after he hit and somersaulted over a large jump as he took part in the Mersey Novices Hurdle. He tragically fell at the second to last on the third day of races at Aintree.

Some 39 horses raced in the [main event] Crabbie’s Grand National where they were expected to jump 30 fences. Only 19 horses finished. There were a number of falls.

Pictures and story courtesy of the Daily Express UK.

Gallery: six pictures which make you question the grand national

The horses concerned were all okay. 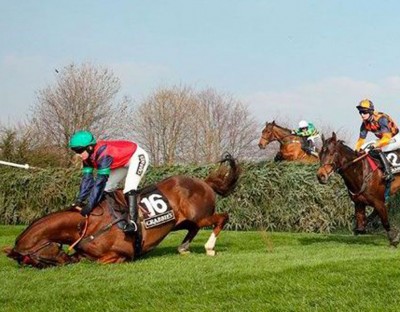 A number of horses, like this one, not Seedling, fell today during the races at the Grand National 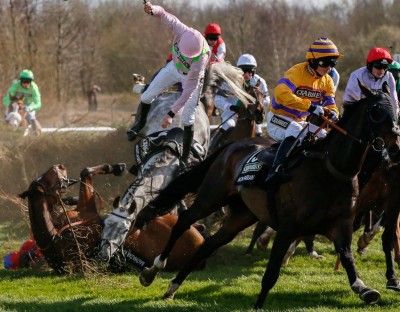 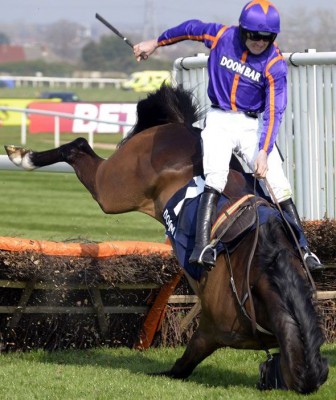 A horse takes a tumble at Aintree this year [Racing Fotos] 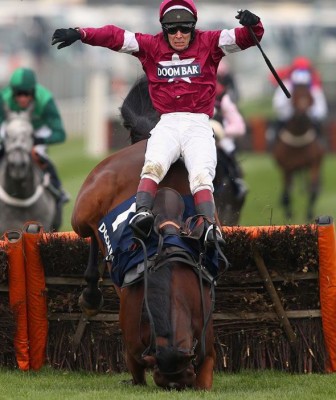 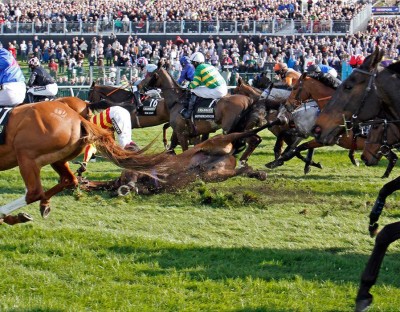