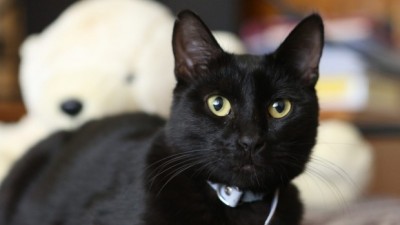 Picture of Saviour, rescued as a kitten from the pound freezer : Photo Sydney Morning Herald

Wagga Wagga City Council is under fire amidst claims that a large number of animals in its care have simply disappeared without a trace.

An ongoing Fairfax Media investigation has revealed that 44 dogs and 37 cats have vanished from Wagga Wagga City Council’s animal shelter records in the last three years.

Their disappearance coincided with two separate incidents in which volunteers discovered cats in freezers. In one case, a volunteer traced a “muffled noise” to a freezer where a frostbitten kitten was rescued, moments from death. In an earlier incident, workers stumbled upon – and photographed – a wide eyed, dead cat crouching in the corner of the same freezer, surrounded by what appeared to be bloodstained claw marks.

In June last year, the Council was forced to issue a public apology after its pound prematurely destroyed a family’s dog and then tried to cover up its negligence by telling them the animal had “escaped”. Skye Paproth received a letter advising that her lost, microchipped dog, Cindy, was safe and well and that as per requirements under the Companion Animals Act, she had 14 days to collect the pet before it was put down. But it later emerged the dog was euthanised after one week.

An investigation into the allegations of cruelty and missing animals was conducted by RSPCA NSW. Chief Inspector David O’ Shannessy said that RSPCA NSW would not lay criminal charges as it was not confident of proving them “beyond reasonable doubt”. He also said that the absence of any pound-specific animal welfare code of practice presented “challenges when the RSPCA investigates complaints relating to the management of council pounds.”