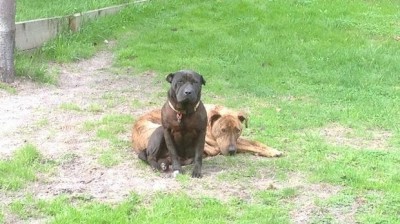 The Panel intervened this week to arrange for RSPCA (SA) to offer to take the dogs Charlie and Sharni from the Frankston City Council. The Frankston City Council has resolved that the dogs be put down for killing a cat or cats. RSCPA (SA) made the offer in writing but it was rejected by the Council today. The dogs are due to be put down tomorrow. If accepted, the RSPCA (SA) offer would have obviated any concerns espoused by the Council about community safety.

The Panel first made an offer to re-home the animals when they were first due to be put down on the 12th of March, when it appeared that the dogs owner was not going to take legal steps to halt the dogs being put down. The owner subsequently did so. The Panel has not acted for the owner as she had separate legal representation.

Click here for the article published on the Age tonight.

Below is an extract of the Panel’s urgent letter on 12 March to Frankston City Council .

Further to our recent telephone call, I confirm that the Panel would like to assist the Council in formulating a satisfactory non-lethal solution in respect of the above two dogs and suggest or advise as follows :

Given time is so short, I have been compelled to be brief . However I would be happy to talk to any officer or Councillor further on the matter.