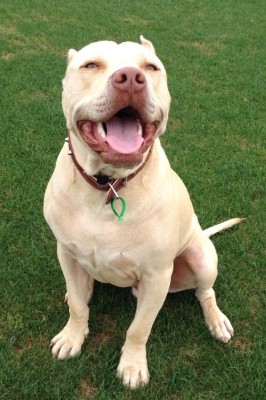 Further to our report of 11 October 2014 that American Staffordshire ‘Sonny’ had been impounded by Wodonga City Council and declared a restricted breed, the Panel then intervened to challenge the declaration in VCAT. It was fixed for hearing this last Thursday, 11 December 2014. At the hearing that day, Wodonga CC capitulated and agreed to revoke the restricted breed declaration and release Sonny after desexing him at its own expense. Sonny went home yesterday.

The Panel extends its grateful thanks to Daniel Beecher of Phoenix Legal Solutions and barristers Daniel Nguyen (who appeared on the day) and Simone Bailey for their work in saving Sonny.