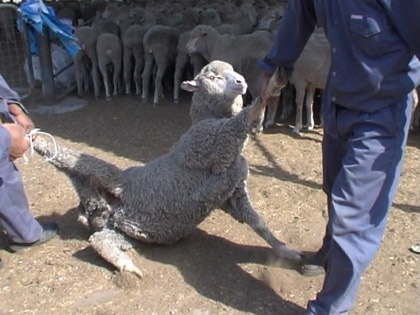 The Australian Greens have introduced a bill for the Office of Animal Welfare.

Below are excerpts from the media release from today:

The Australian Greens have introduced a bill into the House of Representatives today to establish an independent Office of Animal Welfare, implementing an ALP National Conference resolution made over two and a half years ago.

“The Voice for Animals (Independent Office of Animal Welfare) Bill will establish an animal welfare champion to promote animal rights that is independent of government and the Department of Agriculture,” Greens Deputy Leader Adam Bandt said.

At its meeting on 27 November 2012, the Federal Labor Caucus appointed a Live Animal Export Working Group to develop a model for an Office of Animal Welfare and to report back to the Caucus with recommendations by February 2012.

Amongst the Working Group’s aims, it will consider the role an Office would play in developing and reviewing domestic animal welfare standards, harmonising domestic laws, monitoring and reporting on surveillance and enforcement of domestic and live animal export regulation, and other appropriate activities.

You can read the full report here.