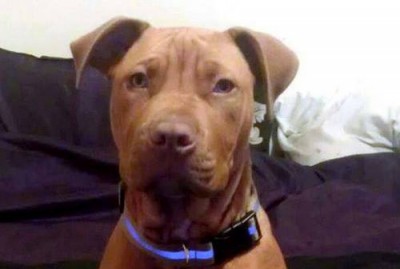 In a judgement published at 11.30am, VCAT President, Garde J, found that Kerser is not a restricted breed dog.

And Panel counsel appeared in all the different proceedings for owner Jade Applebee without any personal cost to her whatsoever.

In brief summary, on 4 December 2012 the City of Monash seized and impounded Kerser. On 11 December 2012 the Council gave notice to Jade Applebee as his owner that Kerser had been declared a restricted breed dog. On 3 April 2013 VCAT affirmed the Council’s declaration. On 29 May 2013 a Victorian Supreme Court Associate Justice refused the application for leave (permission) to appeal. Up to this point For Dogs Sake Australia (whose FB page at the time was Dogs On Trial Vic ) had been generously assisting Jade, including we understand by fundraising. Of course no funds raised from such fundraising were paid to the Panel or its counsel, as we appear almost invariably at no personal cost to the parties we represent.

At about 1.30pm on 3 June 2013, Bonnie Norton of For Dogs Sake Australia telephoned the Panel’s Graeme McEwen asking if the Panel could do something to stop Kerser’s execution scheduled for 5pm that day. The 14 day appeal period from the Associate Justice’s decision had not remotely expired. The Panel intervened to stop Kerser’s execution (pending by agreement filing of appeal papers), notifying RSPCA Vic (where Kerser was impounded) at 4.10pm. Jade had said goodbye to Kerser between 3-4pm. The Panel agreed to takeover arranging counsel to conduct the appeal and any later re-hearing at VCAT.

The Panel extends its grateful thanks to Panel counsel Richard Kendall QC and Andrew Felkel, instructed by Daniel Beecher of Phoenix Legal Solutions, who appeared on the VCAT second and final hearing before Garde J of Jade Applebee’s challenge to the City of Monash declaration; and prior to that at a hearing on whether Kerser should be assessed according to the original Standard under which he was declared or the new Standard gazetted on 31 January 2014. (VCAT determined on 26 March 2014 that the new Standard would apply).

Finally, the Panel extends its grateful thanks to Noel Magee QC, Anthony Klotz and Simone Bailey, instructed by Daniel Beecher of Phoenix Legal Solutions, who appeared as counsel on the successful appeal from the first VCAT determination that Kerser was a restricted breed dog, and from the initial refusal of the Associate Justice of the Victorian Supreme Court to grant leave (permission) to appeal. Judgement on the successful appeal was handed down by Croucher J of the Victorian Supreme Court on 10 December 2013.

The second hearing at VCAT was originally fixed for 14 April 2014. But by reason of delays such as the unavailability of witnesses at different times, it did not commence until 17 November 2014. The hearing concluded on 28 November, so that it can be observed that judgement was certainly handed down swiftly.

The Panel wishes Kerser lots of happy times ahead… and a Merry Christmas to all our followers.

One thought on “KERSER WINS”