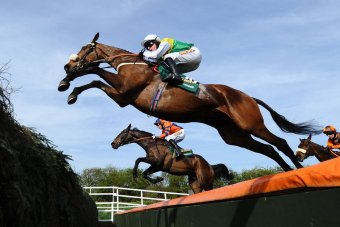 Jumps racing is to end at Morphettville racecourse in Adelaide, with the South Australian Jockey Club citing a public backlash which is costing it revenue.

Chief executive of the jockey club Brenton Wilkinson said some people had boycotted the club because they believed jumps events were cruel to horses.

“We as a board and as a club need to make income streams for the SAJC long-term to underpin racing and we’ve already had people that decide not to have functions at Morphettville because we host jumps racing,” he said.

“We race 55 times a year at Morphettville and we need to use our venue the other 310 days a year to maximise the financial viability of the club.

“We just believe that jumps racing is not the appropriate part of racing that is good for our brand.”

The SAJC wanted to move against jumps events in 2012, but agreed to a two-year moratorium with Thoroughbred Racing SA.

That will expire at the end of the jumps season on August 30.

Mr Wilkinson said the Jockey Club board planned to meet the racing authority in October to discuss the jumps racing issue again.

Jumps racing remains part of the programme at at Easter carnival at Oakbank in the Adelaide Hills.

Opponents of jumps racing have been vocal whenever a horse has been injured or put down because of a fall in the event.

South Australia and Victoria are the only Australian states which still have jumps events.

The RSPCA said a Melbourne University study over more than a decade showed the risk of a horse dying in a jumps race was almost 19 times higher than for a flat race.

It said more than a dozen horses had died or had been euthanised at South Australian racetracks since 2009 and the number of deaths might be much higher because horses that died at trials were not part of official statistics.

Thoroughbred Racing SA said injuries in jumps races involved less than 1 per cent of horses which started, and it would keep trying to reduce that very low percentage.