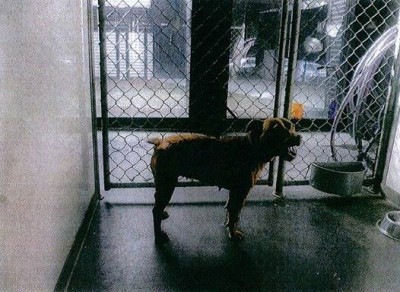 It may be recalled from our posts of 10 & 15 September 2014 that Izzy’s owner filed an application for Special Leave (permission) to appeal to the High Court of Australia. On 10 September 2014 the Victorian Court of Appeal upheld a decision of the Supreme Court Judge at first instance, the effect of which was to enable the City of Knox to proceed with an administrative decision to destroy Izzy.

So far as the Panel is aware, such a special leave application to the High Court in a ‘dog case’ is a legal first.

Following conviction of Izzy’s owner in the Magistrates Court for breach of section 29(4) Domestic Animals Act 1994 as the owner of a dog where the animal causes serious injury to a person, a discretion was enlivened in the City of Knox under section 84P to destroy the dog.

The legal proceedings in the Supreme Court principally concerned questions of procedural fairness about the manner in which the Council arrived at its decision to destroy Izzy under section 84P(e), Domestic Animals Act 1994.

The Panel extends its grateful thanks in particular to Panel counsel Richard Kendall QC and Andrew Felkel who are conducting the Special Leave application.

It is expected that a decision on the Special Leave application will be handed down on Friday. If Special Leave should be granted, then the matter will proceed in the High Court as an appeal.