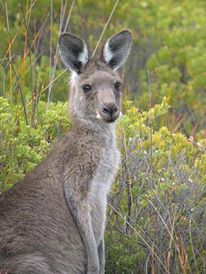 The Humane Society of the United States recently defeated efforts by the Australian government to repeal a decades-old ban, set to resume in January, on the trade in kangaroo skins and meat. This came after an outpouring of public and media concern about the last minute efforts to promote the sale of kangaroo products and thereby the slaughter of Australia’s kangaroos.

Wayne Pacelle, president and CEO of The HSUS, issued the following statement:

“California is closing a sad chapter that departed from a decades-old policy by again shutting the door on imports of kangaroo parts from Australia. Californians want nothing to do with Australia’s massive commercial slaughter of millions of these wonderful creatures every year. Companies using kangaroo skins for shoes and meat for pet food have alternatives and we call on them to stop making products from Australia’s iconic kangaroos.”