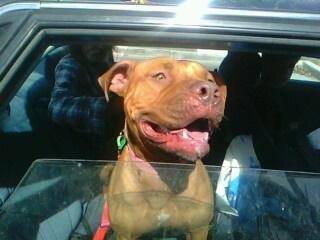 Kerser on his way home

Media reports suggest a parliamentary report – to be published this month – is expected to recommend repealing 2012 restricted breed dog legislation that resulted in so many dogs being put on death row in Victoria.

The Panel made a submission to the Economy and Infrastructure Committee parliamentary inquiry calling for the law to be repealed and a Calgary model to be adopted instead: the Panel submission may be found here: http://www.parliament.vic.gov.au/images/stories/committees/SCEI/Dogs_Inquiry/Subs/Submission_502_-_Barristers_Animal_Welfare_Panel.pdf.

It is understood the Committee will call for the law to be replaced with stricter housing regulations, and require owners of five designated dog breeds to muzzle their animals in public.

More than 450 submissions were made to the inquiry criticising the restricted breed dog laws. These laws led to three Supreme Court trials and 19 VCAT hearings in Victoria, many of which were undertaken by Panel lawyers.