Izzy’s appeal to the High Court of Australia is to be heard in Canberra tomorrow, 14 April 2015.

It will be recalled from previous posts that Izzy’s owner was unsuccessful at first instance in the Supreme Court of Victoria on complaints of procedural fairness about the City of Knox Panel hearing convened to determine whether Izzy should be destroyed, the Council Panel so determining. Izzy’s owner was also unsuccessful on appeal to the Victorian Court of Appeal. Before the Court of Appeal handed down its judgment, RSPCA SA offered to take Izzy for possible rehabilitation and to assume all liability from the time of her collection.This offer was refused by the City of Knox.. Special leave (permission) to appeal to the High Court of Australia from the Victorian Court of Appeal was then sought on behalf of Izzy’s owner and granted by the High Court earlier this year.

The essential point before the High Court is whether the Council officer responsible for bringing the charges against Izzy’s owner, the accuser, could then sit on the Council Panel to consider and determine whether Izzy should be destroyed. The legal principle is whether an apprehension would exist that the accuser in sitting on the Council panel suffered from a sense of prejudgment due to a conflict of interest.

The Panel extends its grateful thanks  in particular to Panel counsel  Richard Kendall QC and Andrew Felkel for appearing on the appeal. 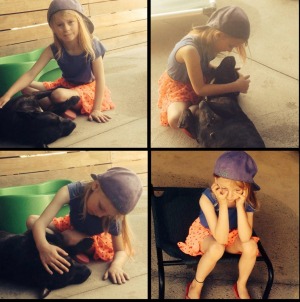